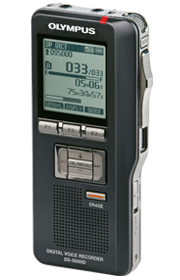 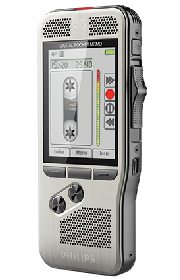 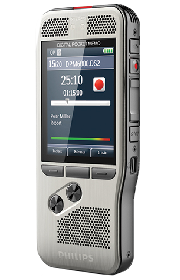 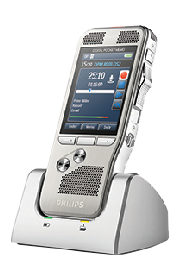 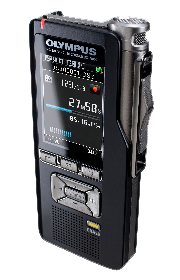 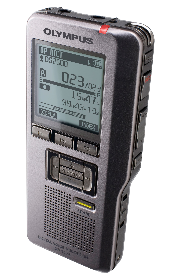 Martin Murdoch Dictating Technology is the leading specialists in dictation and recording equipment in South Africa. We place a great deal of focus on digital technology and its continual advancements. With over 30 years of experience, excellent service and quality products we have stood our ground and proven to be the market leaders in our industry, alongside our international partners which have over 100 years of invaluable experience to offer our clients.

To maintain our leadership in the industry, we constantly research and test the latest technology available, ensuring we offer our clients nothing less than world-class products. We are the sole importers of Frisbee, which is a worldwide unique software platform for digital dictation, workflow management and speech recognition. Frisbee integrates a variety of digital portable devices and microphones from leading manufacturers such as Dictaphone, Grundig, Philips and Olympus.

In February 1972, Tony Martin started selling dictating machines for Harris & Jones, who were importers of Dictaphone. In January 1977, he decided to open his own business, selling dictating equipment and various other office machines.

In 1987 Tony changed his focus, he made the decision to specialize in selling dictating equipment only. This brought about the company changing its name to Martin Murdoch Dictating Machines. Over the last 30 years, Martin Murdoch has built and established strong client relationships, ensuring continual growth and development within the company. We supply our clients with all their dictating needs and offer the largest variety of brand names and products in South Africa In 1998 Tony acquired the sole rights to import Dictaphone Dictating Products into South Africa.

THE HISTORY OF DICTAPHONE CORPORATION

On October 17, 1881, Alexander Graham Bell, Chichester Bell, and Charles Sumner Tainter, submitted the fruits of their research to the Smithsonian Institute, this was the first practical dictating machine. They received a patent on May 6, 1886, and their new device was labelled the "Graphophone". Bell and Tainter formed the Volta Graphophone Company and in 1888, started production on the first office-dictating machine.

Soon after this patent was sold to the American Graphophone Company, later known as the Columbian Graphophone Company. Between the end of the First World War and 1921, Columbia fell on financially hard times and decided that the business machine portion of the company needed to be sold. With the help of an Investment Banking Firm, a new company was formed. The new company bought Columbia for approximately one million dollars, included in this purchase were the dies, jigs, patents, goodwill, and the Dictaphone trademark.

This trademark was first registered on 1st January in 1907, the organisation we know as Dictaphone Corporation, was formed in 1923. During World War II, the United States government turned to Dictaphone to create a new technology that would record enemy transmissions so that government decoders could break the enemy's secret codes. As a result, Dictaphone developed the very first specialised recording equipment, which became the world's first loggers. Soon after the war ended in 1947, Dictaphone began marketing loggers commercially.

The World of Digital

Most electronic dictating equipment developed over the last century has been analogue equipment, as it is more cost effective and affordable due to its easy design. However, with the advent of lower cost microprocessors, previously costly digital technology was becoming more affordable making it more accessible to the general consumer.

This change in trend occurred around the same time that Dictaphone was undergoing another transition. In 1979, Pitney Bowes Inc., a market leader in office systems, mailing systems, logistics systems, business services and financial services, purchased Dictaphone Corporation. Dictaphone started using digital technology in its voice processing systems in the mid-1980s, with the introduction of the Digital Express Dictation Product Family. Meanwhile, on the communications recording systems side of the business, a separate line of products, called Digital Message Repeaters, or Call Checks™ were developed for (and are still used today by) public safety operations for instant, push-of-a-button access, to record emergency conversations.

The advent of digital technology in voice processing necessitated a transition from hardware to software, and a mastery of DSP technology, and Application Specific Integrated Circuit design - areas in which Dictaphone has significant expertise.

Recording 1992 heralded the introduction of Dictaphone's first digital logger. The recorder used compact and cost effective 90 metre DAT (digital audio tape) with a compression rate of 16 Kbps, to effectively store up to 270 channel hours of recordings on a single cartridge. The Communications Recording System division welcomed the arrival of another new addition in mid-1993: the ProLog™ Digital Communications Recording System.

A networked-based product, ProLog™, had many more features than its predecessor, having the capability of supporting much larger systems. In 1994, this technological advancement was rapidly followed by the introduction of a "companion" product called the Guardian™, which could be purchased in a standalone configuration, or networked with ProLog to provide both local and remote control. 1995 witnessed the release of a new non-networked digital product, the Sentinel™, as well as new ProLog™ software features including global commands, call records, a User Access Audit Trail, and networked audio to name a few.

Our number one product, Dictaphone, occupies a unique position in the IVDM (integrated voice and data management) field. This product is to voice processing, what Microsoft is to information processing - A market leader While Dictaphone has historically been associated with portable and desktop dictation, the product has evolved into a major IVDM systems supplier that is compatible with any other brand name found on the market.